10 Best Offline Android Games Action On 2020,You Must Try! 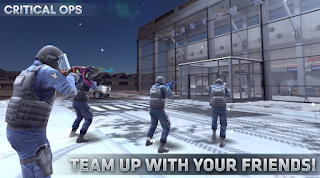 Also, action games are among the best gaming categories everywhere because they require a lot of thinking and concentration to navigate through most of the time. The ever-growing development of the smartphone offers top-game developers great opportunities to reach the Google Play Store with their best lot.

The sad part, however, is that most of the best games on Google Play cannot be played without an internet connection.

Thus, it affects the gaming experience and restricts players in countries where finding a fast internet connection is a hiccup around a task. Today, In this roundup, I will record the best action games for Android of all time that can be played without the internet.

Duet is an impressive minimalist action game for Android. In this game, you are required to control two vessels in synchronization while keeping calm and surviving against all odds. Duet is an intense action game.

The game has eight chapters with captivation graphics of intense and nerve-racking gameplay. Furthermore, this game runs smoothly on most devices. It costs $2.99 and can be downloaded from the Play Store by clicking here.

Implosion Never Lose Hope is one of the best offline action games for Android. The game features console-level graphics and intense gameplay. In addition, it keeps you on the edge of your seat. You have to fight against a mysterious creature known as XADA in this game.

The first 6 levels are free to play, but you'll have to unlock other levels afterward. Implosion Never Lose Hope can be downloaded from the Play Store by clicking here.

Sky Force Reloaded is one of the all-round action games for Android offline. It allows you to shoot from top to bottom. This action game combines classic arcade elements with current technology to release one of the best action games you'll ever play.

In addition, the game features include atmospheric levels with various missions, unforgettable battles, 3D graphics, full voiceovers, electronic soundtrack and more. Sky Force Reloaded can be downloaded for free from the Play Store by clicking here.

The game starts by throwing you into a zombie world where you are expected to survive to fight. All you have to do is stay alive, move as fast as possible and protect yourself by all necessary means. When the dead rise, you just have to run! In addition, the game also offers cruel and intense gameplay with stunning graphics. It is also supported on tablet devices. Into the Dead is free and can be downloaded from the Play Store by clicking here.

Xenowerk is one of the best mobile action games for Android available in the Play Store at the moment. It's basically a shooter game that challenges your combat skills in an underground science lab where a failed experiment was conducted. There are 70 different levels in this game.

All you have to do is fight and kill mutants and survive against all odds. It sounds like an interesting challenge. Isn't it?

In addition, the game has some features that include a wide range of weapons and equipment; special gameplay skills; expandable weapons and much more. Xenowerk is free of charge. It can be downloaded from the Play Store by clicking here.

The story of this game begins with a group of intergalactic "problem" solvers being sent to investigate a matter. The Earth's Space Federation has been building lunar bases throughout the galaxy for many years.

Space Grunts must study one of those lunar bases that sent an emergency signal. You have to play as a member of Space Grunts. Their mission is simple. All you have to do is find your way to the lunar base and find out what happened.

They have to fight their way through aliens, robots, security drones, and base systems. After that, you'll need to find the lower levels of the lunar base and get to the core of the problems. The amazing game, Space Grunts can be downloaded from the Play Store by clicking here.

Geometry Wars is an arcade action game. It comes with more than 100 action-packed levels to play from. In addition, you will need to travel for three-dimensional maps in this game. There are also 15 3D handles and 12 battle modes.

Unkilled is a zombie shooter game. It has multiplayer, special ops and extra-long storyline features. In this game, you must survive in an apocalyptic world in the most horrific zombie outbreak. It was staged in New York City.

The story begins with one of five unique characters who are elite members of the task force who are called in to do the dirty work on the streets of the Big Apple.

They are simply known as Wolfpack. They will be part of a private military organization designed to find, track and eliminate a threat. In addition, you need to dig deeper into the streets, subways, sewers and back streets of New York.

Discover a plot that no one can imagine. If you are interested in this game, you can download it from the Play Store by clicking here.

Alto's Adventure is one of the other great Action games for Android users.  It cannot be ignored at all. The game is fairly light in size and runs smoothly on all devices.

The game revolves around the journey through wilderness, mountains and deserted lands. It's one of the most captivating action games of all time.

In addition, you are committed to saving llamas on your way and must survive obstacles in harsh conditions. This game is not free. Alto's Adventure, however, costs.99 US dollars. You can download Alto's adventures from the Play Store by clicking here.

Critical Ops is one of the best offline action games you can currently find in the Google Play Store. The game is actually a first-person shooter with a fast-paced FPS that tests your tactical skills. Critical Ops has 2 modes.

One of them is defusing mode, while the other is Deathmatch mode. In defuse mode, terrorists attempt to plant and detonate a bomb while the player fights for a maximum number of kills in Deathmatch mode within a time frame. Critical Ops is available in the Play Store and is completely free. The game can be downloaded here.
Share on FacebookTweet on TwitterPlus on Google+
« Newer Post Older Post » Home